On Tuesday, November 3rd President Trump was ahead of Joe Biden in the swing state of Michigan by over 100,000 votes.  This appeared to be another solid win for President Trump in Michigan with a grea..
07-April-2021 · 26 Views 0 0

This is the site where Detroit City Officials put cardboard over the windows to prevent the GOP observers from seeing in, where poll workers were militantly hostile to the GOP observers, and where hundreds of affidavits by election observers claim they witnessed voter fraud.

At least three election observers testified in sworn affidavits that they witnessed vehicles delivering fraudulent ballots to the TCF Center early in the morning on November 4th.

Michigander Shane Trejo witnessed the 3:30 am Biden Ballot Drop that gave Joe Biden an outstanding lift. “There were thousands of ballots in each box,” Trejo says. “There were at least 50 boxes that I saw unloaded at 3:30 am, well after the 8:00 pm deadline for ballots to show up.”

The 3:30 am was the first ballot delivery since 10:30 pm when 138,000 ballots showed up suddenly. Shane later testified that he noticed that the city of Detroit Clerk’s Office and its emblem were written on the white van that showed up with the ballots. City Clerk Janice Winfrey‘s name was on the van and a number presumably for Janet Winfrey’s office. Trejo says the ballots could not be processed when they arrived, so by the time they were counted, a new shift of poll workers had come in for the day.

After these ballot drops Joe Biden took the lead in Michigan.

Continue Reading and Watch the Exclusive VIDEO at The Gateway Pundit

Antifa-Insurgence Leader John Sullivan Speaks Out in Infowars Interview: Biden’s Victory Is ‘Fishy,’ Massive Support For Trump ‘Speaks For Itself’......

2020 Election: The Greatest Election Fraud in History as Globalist Consortium Carry Out Coup to Take Over America 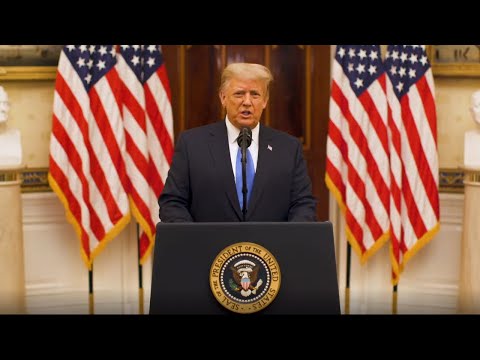 Unmasked Have we uncovered the truth about the 2020 election

EVERYTHING WRONG WITH THE CAPITOL SHOOTING IN 21 MINUTES OR LESS

I have not wavered one bit! Stand Strong - Stay The Course